So, yeah, druids. Well, my current main is a druid, but do I have alt-druids? There are some low-level druids running around, but they were made for short-time fun mostly. The only druid I played to level 60 or so is long gone, that was a kitty iirc.

What is an alt exactly? Let's go with two simple rules:

Simple rules, so that means Tamarian of last week was a real alt btw, levelled to 85 during Cata, and... that means Mardah also falls into this category, levelled to 80 during Wrath when this was still more a Tankadin-blog.

As mentioned some years ago, Mardah actually started on another server, and for a long time was a level 3 sitting in the Night Elf start zone. After I stopped raiding I levelled her up, I remember a Sunken Temple run where I healed, dps-ed and tanked, this was back when ST was Big. Somewhere along the line I brought her to Argent Dawn to play with some friends. I actually did a PuG-raid of ICC with her, as a Tree.... back when tree-form was needed for healing.

There was this heroic moment when I solo-healed 10-man Saurfang from 80% down, because the Shaman-healer got the omg-healme-debuff, and died to it....  reincarnated, and died again...  Do mind, I was not really raiding so my gear was meh... but I managed it...

At the start of cataclysm, after my paladin levelled up, I levelled Mardah. Disgusted by the fact that my beloved tree-form was gone, I went Balance, and I liked the lightshows. So much, that I actually applied to a guild, and started raiding again. Now with Mardah as main. 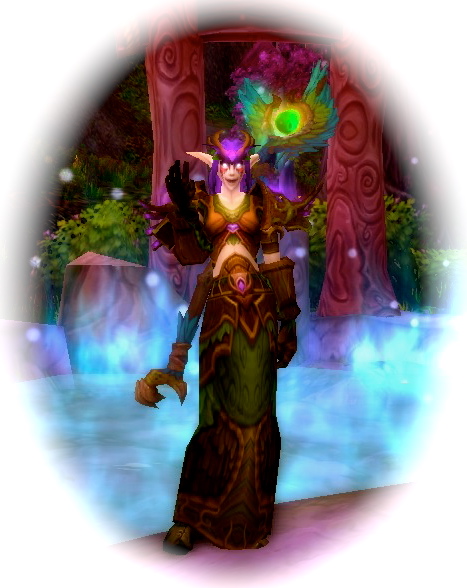 So, keep up acting all, some day, it may become your main... 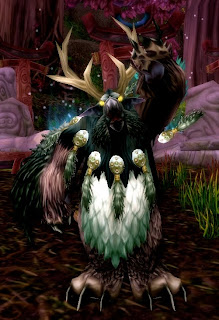