This dualweeks shared topic on Blog Azeroth is Interface and addons. Now I do have alot of addons, and they are all downloadable from Curse. But which addons do I use?  Well, first up, here's a screenshot of Lorinthe in an LFR. 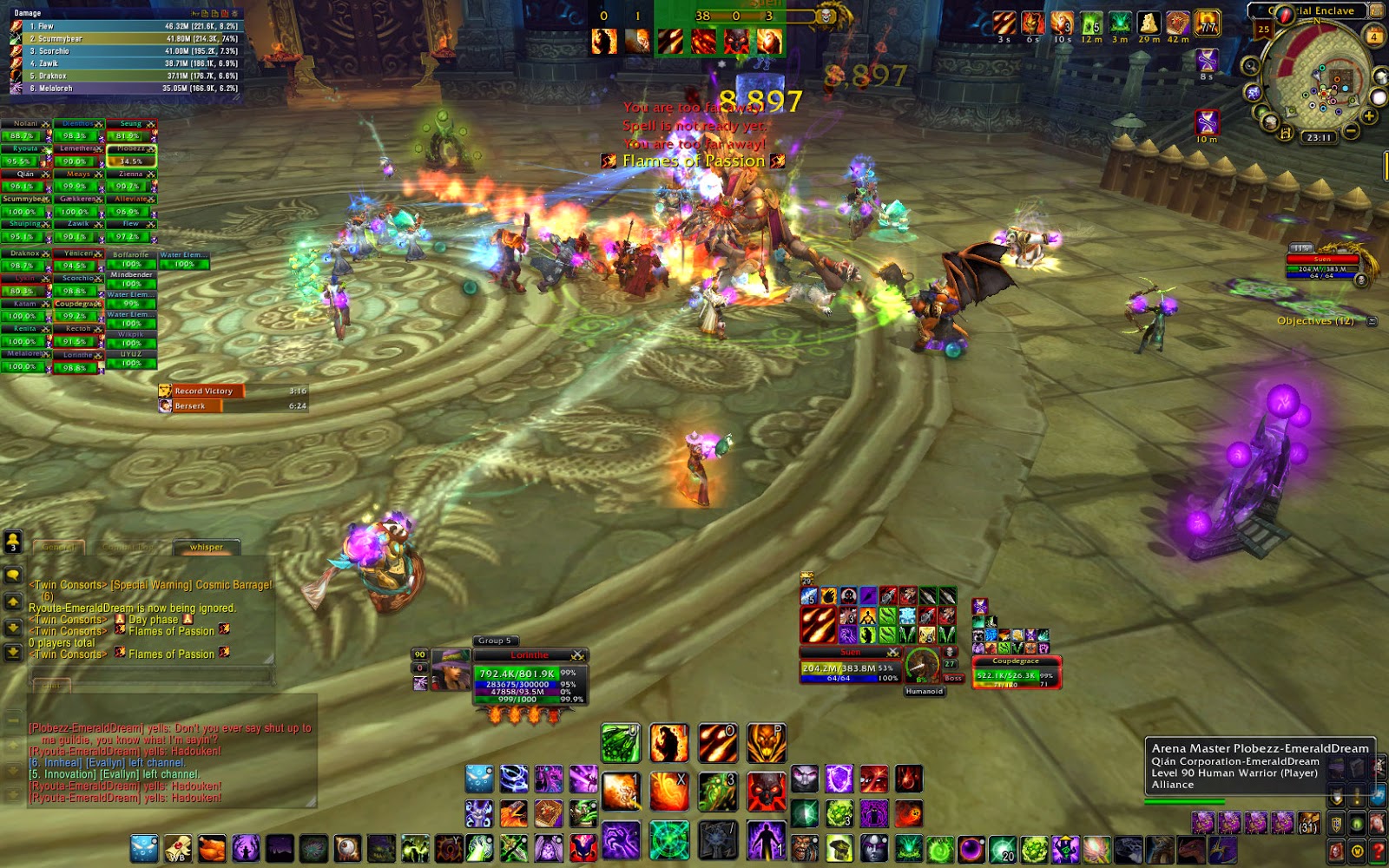 A lot of things look different here then in a normal UI, but one of the most profound things to notice is the bottom-centre. There are 12 buttons larger, comparing to the rest. This is because I actually do not use the keyboard for raiding, but a Belkin N52TE gamepad. And because of the layout, and how my owns hands work, I use 11 hot keys, and the joystick on the side for movement.

I know it has a lot more functions, but I normally don't seem to need them. Because I use this, all my alts have the same basic layout, using Bartender, I also made 2 12-blocks both side of the centreblock for cooldowns, buffs, and other frequently used spells, while the big strings that go to both corners are mostly for mounts/professions and other stuff.

Now looking at a Mardah-screenshot, you immediately see the similarities, but because Mardah is my main raiding character, there are some things better positioned, and some more addons. Still the centre-block, with all the mainspells stays the same. 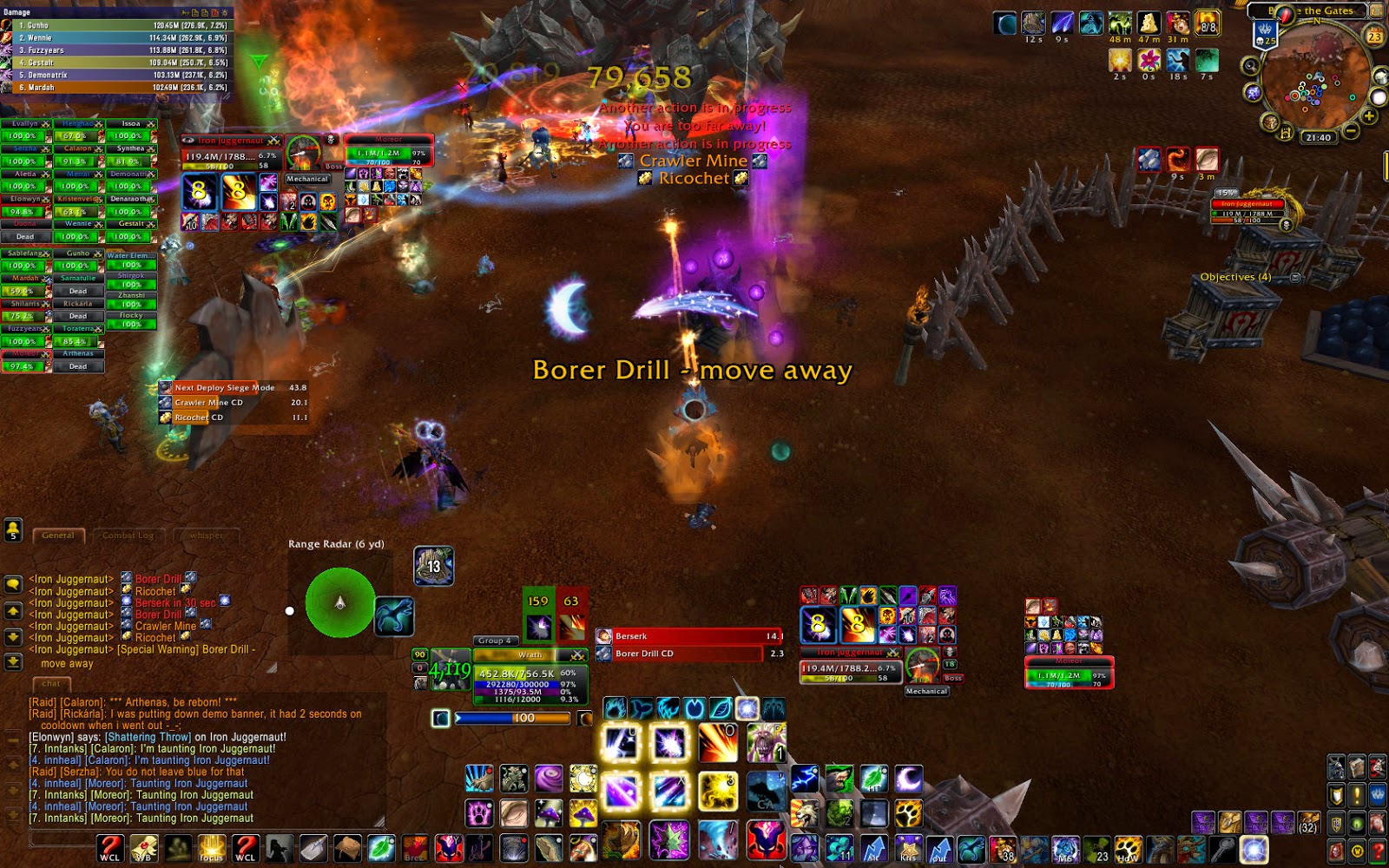 Now if you look closely, all the important information for me is centered, and a little bit under my feet (depends on zoom-factor). This way I can both see my own health, which button to push, boss-cooldowns, and whatever is happening under my feet.

The other info, like Skada, rest of raid,chat and debuffs on me are more away from the centre. I do look at them, but more like every 10 seconds. It's information I don't need to know all the time.  Important buffs I can extrapolate from the Affdot timers, and boss-stuff is always warned in DBM. The big Gap under the boss-info-bloc is used by my petclasses. Their targets and toolbars are there. It's also the place for my ExtraActionButton1

I also like the fact that both left and right is rather free of stuff, so I can see what's coming from that side. 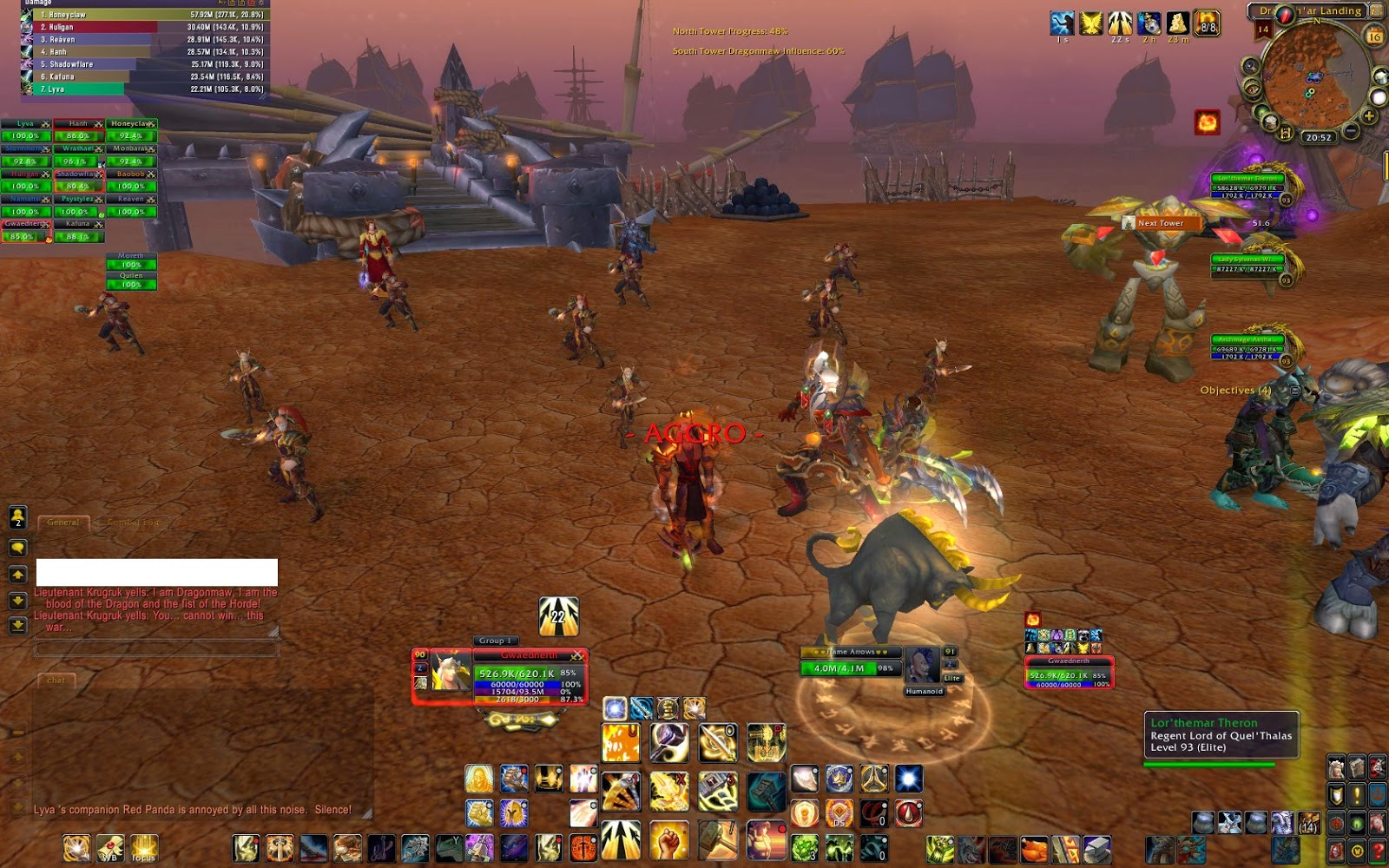 As you can see above, my Gwaednerth-raid-UI has a lot less info, but there's another thing. If you look closely around the map, you see more buttons then normal. There are also the Addons I dont use during Bossfights, so here is that list;
The main-layout of my UI hasn't been changed much since I got the Belkin, and was tanking Malygos, way back when that was current content. That's about five years ago??  So this UI really works for me. Some little changes will be made when Warlords of Draenor comes around, I'll probably loose the Dot-timer (Dot's will become fluid), and I may try the default raidframes. But as long as I have the belkin, the general layout will not change much.

And for fun, my layout during 2008. Gwaednerth (then Gowron) tanking Leotheras the Blind; 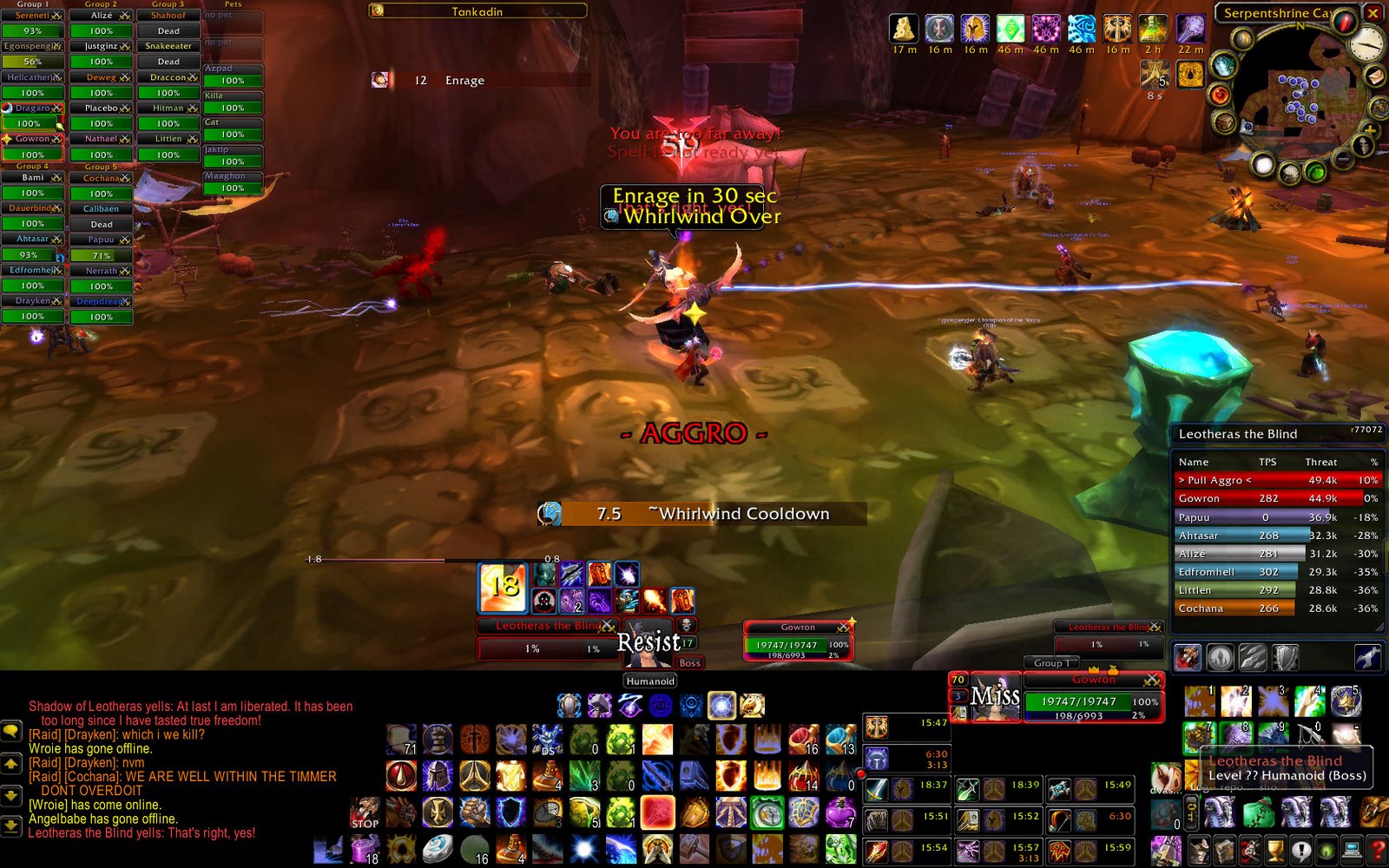