After levelling a Paladin on Classic the last few weeks, I found myself into a situation I was so often before, what now? Should I continue playing her into TBCC? I was preparing for it, including being on the Epic Charger quest, but, do I really want to Pally TBC again? And if not, what then? Level another char to 70 on classic, although faster due to the pre-patch, still...  well.. enter the Dark Portal Pass, and let's do the logical thing: 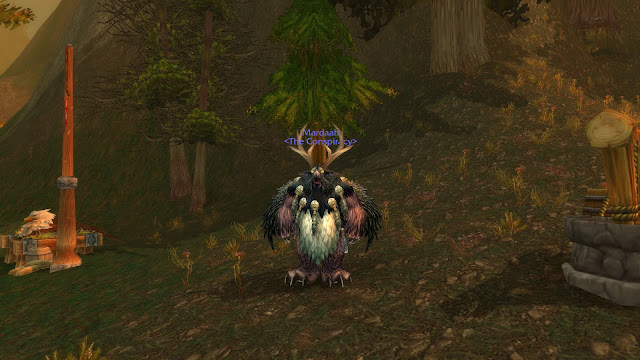 I even joined a guild which is doing, and planning to do some raiding, so now I am doing high level quests to get gold for the epic mount, and it got me into a trip through my blogposts of the past, where did Mardah came from... yes, this is going to be so funny Mardah and Mardaah.

This is the earliest blog I could find that mentions me playing a Druid, 7 January 2009. I know it is Mardah due to posts following this one, but she is already level 3 here, and I mention she existed for 2 years prior, which is impossible... that would place her birth in January 2007, a month before I actually started playing WoW. She most likely spawned somewhere just after I started, to see the Night Elf start movie and zone, after which she was forgotten about for a long time. I didn't even levelled her out of the starting zone...

It took some more blogs and more then a month before I actually named her Mardah in my blog, when I changed her spec to Balance. Now if you read the blogs of me around this period, you'll notice I was not in a good mode. IRL it was my first winter not married, and in game that reflected on me not knowing what to do, leaving XII, joining BaT, leaving that again, playing more Alliance, joining XII again... I was in a mess that January, not as bad as at the end of 2009 though...

What had I done? I transferred Mardah away from Khadgar to Argent Dawn..an RP server.... oh my, what a mistake  :p. 19 days later Mardah reached 80, and for the next 1.5 years I was basically doing a lot in WoW with a lot of different chars, although, at the beginning of January 2010, about 11 months before I would join Innovation, I almost applied to them, but considering that I also mention Lamars, my depression-rogue, it is probably better that I didn't back then 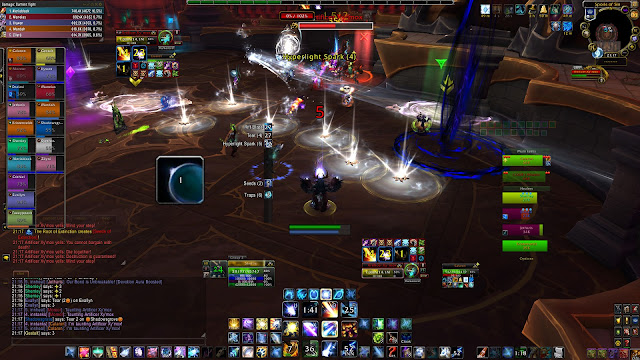 So..am I done in retail? No, but what I do in retail is Raid, and if you don't like to do Mythics, when you dislike Thorghast and the Maw a lot and you don't really care for transmogs/mounts/pets, then Raidlogging becomes a thing.

But you can play alts? Yes, but I really only should finish the last covenant campaign on the Roons-master Tiramuria. Because levelling is not that much fun in Shadowlands, and I have more fun levelling a random lvl 20 dwarf mage on TBCC now.

I think retail will pick up again when 9.1 hits, but when you don't like rushing dungeons like me, only raiding is left.